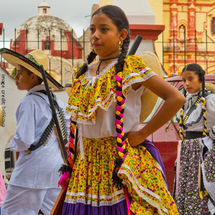 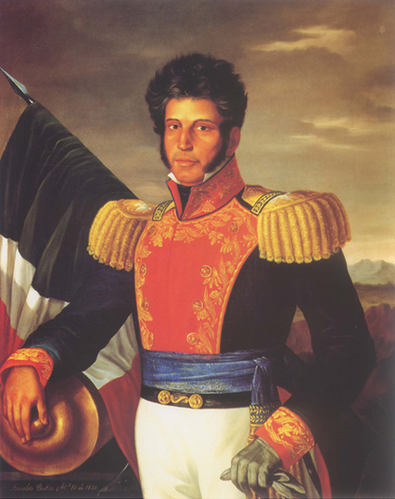 Since 1972, UNESCO (The United Nations Educational, Scientific and Cultural Organization) has identified—for protection and preservation—cultural and natural sites considered of “outstanding value to humanity.”  Of the 1,092 sites on UNESCO’s World Heritage List, Canada’s 19 include Dinosaur Provincial Park; the Caribbean’s 9 include Haiti’s Citadel: the United States’ 23 include Chaco Culture; and Mexico’s 35 include the Historic Centre of Oaxaca and Archaeological Site of Monte Albán. 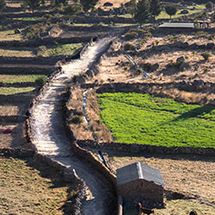 In 1829, Vicente Guerrero—a general of African, European, and Indigenous American ancestry (pictured above)—was inaugurated Mexico’s second president.  As president, Guerrero reworked the constitution; outlawed slavery and capital punishment; opened schools and libraries for the poor; and, declared all people eligible to vote and hold office.  As historian J. A. Rogers wrote, Guerrero was the “George Washington and Abraham Lincoln of Mexico.”  Today Guerrero is a national hero.  A Mexican state and several towns are named Guerrero in his honor. 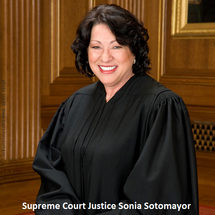 1.  Hispanic Heritage Month is one of the few tributary months celebrated across two months.

3.  Many Hispanics are also Native American. 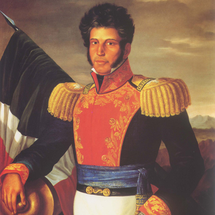 4.  There are more UNESCO-declared World Heritage sites in Mexico than anywhere else in North America. 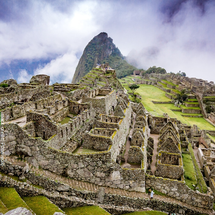 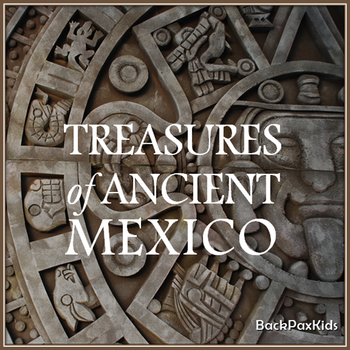 * One of the Seven Wonders of the World, Machu Picchu is a site built by the Inca (Inka) Empire in the 15th century.  Using the “ashlar” technique, its stone structure is notched and wedged in place without mortar.  Six centuries later, “not even a needle can fit in between two stones.”

* Qhapaq Ñan, completed by the Inca in the 15th century, is a 24,000-mile sacred road system across modern-day Argentina, Bolivia, Chile, Colombia, Ecuador, and Peru.

The landmark exhibit,The Great Inka Road: Engineering an Empire, is on view at the Smithsonian’s National Museum of the American Indian through June 2020.

5.  Ancient Native Americans are revered for their exceptional achievements in architecture, astronomy, and math.

Referred to as “Hispanic”—meaning Spanish-speaking peoples of the Americas—a great many Hispanics are also descendants of the original Native American civilizations whose lands were conquered and seized by Spain.  Among them are inheritors of the ancient Inca, Maya, Mexica, Toltec, and the indigenous Hasinai people from whose greeting, “Tejas,” (meaning "friend" or "ally") Texas takes its name.  Since 1990, National Native American Heritage Month is officially celebrated in November.

Hispanic Heritage Week was first held in 1968 to honor the history and culture of Spanish-speaking Americans—Chicanos, Cubans, Latinos, Puerto Ricans and others—across the Diaspora.  September 15 was chosen as the starting date to mark the Independence Days of several South and Latin American countries—Costa Rica, El Salvador, Guatemala, Honduras and Nicaragua (September 15); followed by Mexico (September 16), Chile (September 18), and Belize (September 21).  In 1988, the “week” was extended and signed into U.S. law as a “month.”  (Pictured: Justice Sonia Sotomayor, the first Hispanic and the first Latina to sit on the U. S. Supreme Court)