BackPax: EXPEDITIONS features a GLOSSARY of people, places,  words, and terms.   As you explore the website, click on bold face words in blue type - e.g. Civil Rights Movement - to link to the glossary. 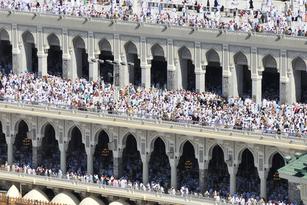 A religious pilgrimage (journey) to the holy city of Mecca all Muslims will make, if possible, at least once in a lifetime.

A person working to abolish (end) an injustice. This word is most often used for people in the 19th century who fought to end slavery.

Ancient traces of animal and plant life usually found in layers of rock.

Underground.   Under the earth's surface. 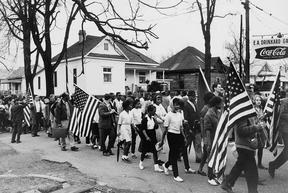 Travel plan of places to visit.​

Entries are added to the Glossary with each new edition of BackPax: EXPEDITIONS

Civil Rights and Human Rights Leader.   As a 26-years-old who'd just completed his doctoral studies at Boston University, Dr. King  led the historic Montgomery Bus Boycott that began when Rosa Parks heroically refused to give up her bus seat under the unjust laws of segregation.  Dr. King founded the Southern Christian Leadership Conference (SCLC), and led a national campaign to end segregation in the United States and injustice worldwide.

He was awarded the Nobel Peace Prize in 1964. He remains one of the youngest people ever awarded the world's highest honor in the cause of peace and justice.

Civil Rights and Human Rights Leader.  As a child, Malcolm Little wanted to be a lawyer.  As an adult, he devoted his life to change unjust laws and policies that denied basic human and civil rights.  A member of the Nation of Islam, he became known worldwide as a spokesman for social and political justice everywhere. He founded the Organization of Afro-American Unity.

Groups of people working to end the unjust treatment of Black people in the United States.  The "Movement" was most active from 1954-1968.  At that time - and throughout history - when faced with injustice, children and teenagers of courage played a major role in fighting for justice. The work of Civil Rights Movement - America's Human Rights Movement - goes on to this day with protests in support of voting rights and education; and against the recent killings of Michael Brown, Trayvon Martin, and others.

A system of unjust laws and violence created to deny basic human rights in order to segregate (separate) people by race.