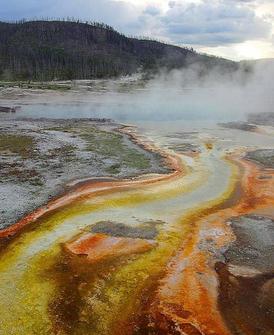 There’s a spectacular show taking place in the northwestern section of Wyoming.  Produced by the Earth and directed by Nature, it is called Yellowstone National Park.  And, BackPax takes you there via audiojourney: Trailblazing Yellowstone.

Open vats of mud bubble with steam as nearby puddles spurt water fountains 60 feet in the air.  These are glimpses of the earth’s mighty subterranean (underground) world.  A northeastern plot called Specimen Ridge features ancient trees, rigid and grey, which tell a story 50 million years old.  Amazing as it seems, those same petrified or fossilized trees were there in that vast long ago when dinosaurs roamed the plains and angry volcanoes showered the earth with their rocks of flame.  Lava belched forth with a thunderous roar, mountains were formed and the earth was never again the same.

And that’s not all.  There’s more – so much more, in fact, that it spills over into the neighboring states of Idaho and Montana.  This is nature’s wonderland untouched, and unmatched any... 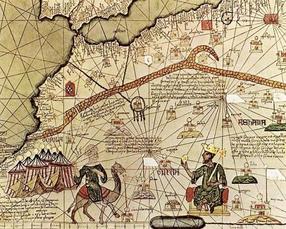 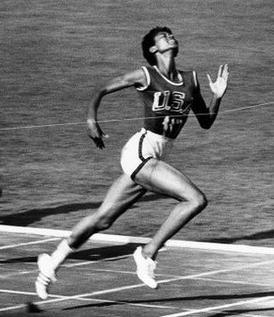 ​​Going for the Gold!

​The Olympic Games have thrilled audiences since 776 BC when Greek male runners first competed.  Now, almost three thousand years later, male and female athletes from every part of the world join in these tests of fitness and determination.

This August, seven thousand athletes representing more than 170 countries will “go for the gold" in Los Angeles, California as people the world over rally for the 2015 Special Olympics. 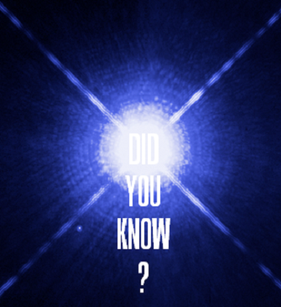 From Here to Timbuktu

The year is the 1324.  You live  in Mali, in western Africa, one of the world's richest kingdoms.

In the marketplace at Djenné, Prince Mansa Musa's  great pilgrimage to Mecca is all the talk.  With him, it is said, he took sixty thousand people and eighty camels. Eighty camels?   The journey to Mecca. That is a thing everyone can understand. For, it is the duty of every Muslim, if able, to make the great Hajj (pilgrimage) at least once in a lifetime.

But, a journey of 2,800 miles across the Sahara, with sixty thousand people and eighty camels.  A journey like that will take at least a year!  Can even the great Musa have enoughwheat, oats and dates for eighty camels? 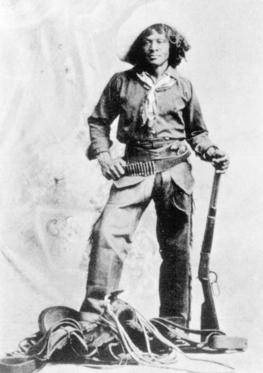 Just beyond Cheyenne Crossing a dozen miles outside the limits of Deadwood, a caravan of twenty cowboys, five times as many horses, and three thousand Texas longhorn steer made camp.

Among them was Nat Love.  He was young and fit, broad and square about the shoulders. His muscles were strong and tight from his time on the range.  With his curly hair long about the neck, a holster slung low about the hip; with his leather chaps, spurs and classic cowboy boots, he cut a fine figure.  He looked like the type of romantic hero the finest western writer might conjure up. Riding the range no matter the weather, roping a reluctant steer back into the herd, he’d done plenty to keep himself in top shape – and rare form, when he had a mind.

For more than three months, this train had been driving itself up the cattle trails of old Mexico into the new American West. Following tradition and the bend of the rivers, it had braved a thirteen hundred mile trek from Arizona, through New Mexico, Colorado, and Wyoming, to this Dakota prairie.  Now, one day from their journey’s end, cowboys, cowponies, and cows alike neared the end of the trail.

It had been hard work getting here for the cowboys, harder still on the horses and the herd – three thousand head of cattle each with a mind of its own.  But, there’s a way cattle have of sticking together and navigating the trail for themselves.  Twenty-five miles or so of leading, and the job wears them down – especially after pounding the trail for twelve miles a day, one hundred days at a time on long migrations like this.

Cattle have their own ways of doing things: they take turns leading the herd. As with people, a good leader must be a good follower.   With cattle, one starts out in front in the morning.  By mid-day that one falls back, then another takes the lead.  Taking turns as they plod their way, by the time they get where they’re going, however big or small the herd, it’s likely that each will have had a turn to lead.  That’s their way of getting where they need to go.

People have their unique ways, too.

Out on the trail that 2nd of July 1876,  this rolling caravan was just one day from the town of Deadwood and two days from Nat Love’s chance to take the lead.  But Nat didn’t know that yet...

The Dream is a Wanderer

A Journey to the Moon... and Beyond. Once it was an idea so crazy (to even the most imaginative minds) that there was nothing left to do but to make it happen.  And, it came true not long before you were born.  The entire world held its breath and watched as a human being set foot on the moon for the very first time.  Our understanding of the universe would ever be the same again.

From the most ancient times, people have cast their eyes skyward and dreamed of dancing among the stars.  These dreams became the first steps to the most outrageous, wondrous ideas.

Who first dared dream the impossible walk among the stars?  Was it the cave dweller who rubbed shooting sparks from magic sticks and called it fire?  Was it a priest in the observatory at the ancient Inca temple of Machu Picchu seeking a stairway to the gods?  Or, was it he or she, among the Dogon of Mali, West Africa who, while tending the skies one night, spotted a rare star and called it Sirius B, "egg of the world" -- a little star of great importance?

Adult or child? Male or female? Who that first person was, history does not recall.  But the dream was shared and tended and passed down through the ages into reality. For the dream is a wanderer, looking for a home . . .